I love Google Doodles. There you are just getting on with your day deciding to google 'Node.js libraries' or '1950s wizard spanking' or whatever (depending where you are at the time) and Google furnishes you with a cool little gift that didn't even ask for.

The doodles have all been a bit football-obsessed lately (but then hasn't everybody?) but now that's all done and dusted we could enjoy something a bit more historical and bit more votes-for-womeny - The 156th birthday of Emmeline Pankhurst, political activist and leader of the British suffragette movement. 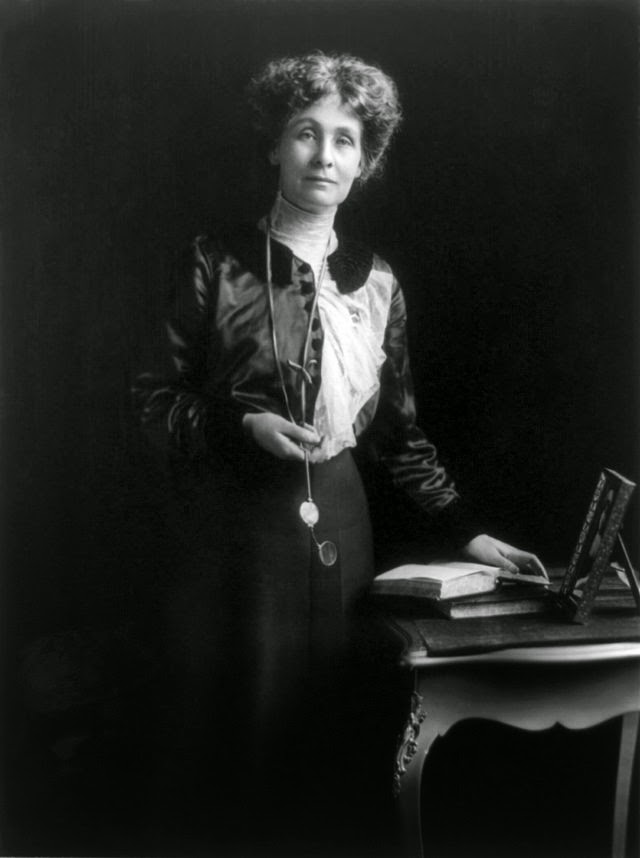 So happy birthday Mrs Pankhurst! The road to female emancipation has been a long and convoluted one and, internationally, we aren't there yet, but thank you Emmeline Pankhurst you were a huge part of the process of obtaining universal suffrage.

The Suffragist Movement is something that crops up in my last book, Lady Westbrook's Discovery and in my current work in progress which is a sort of sequel. Both are set in the 1870s. The National Society for Women's Suffrage was created in 1868 long before Emmeline Pankhurst began campaigning. It's actually rather sad that for all her enthusiasm, my character Margaret won't be able to enjoy equal voting rights with men until she's 99 years old.

So let's celebrate Emmeline Pankhurst's birthday with a rousing chorus of 'Sister Suffragette' from Mary Poppins which incidentally was my friends and my drinking song of choice as teenagers.

Glynis Johns plays Winifred Banks - a lovely lady but terrible example to all right-thinking feminists everywhere. "Put these things away, you know how The Cause upsets Mr Banks."


And while we're singing, let's appreciate how far we've come and how delighted Mrs Pankhurst would be to see that to our daughters the idea of women having equal rights with men could be summed up with "Well duh! Of course" and to whom the idea of women being second class citizens is entirely laughable.