This picture - Portrait of Ms Ruby May, Standing by Leena McCall was removed from display at London's Mall Gallery after a number of complaints earlier this week. The artist said this is because it was deemed 'too pornographic and disgusting'. 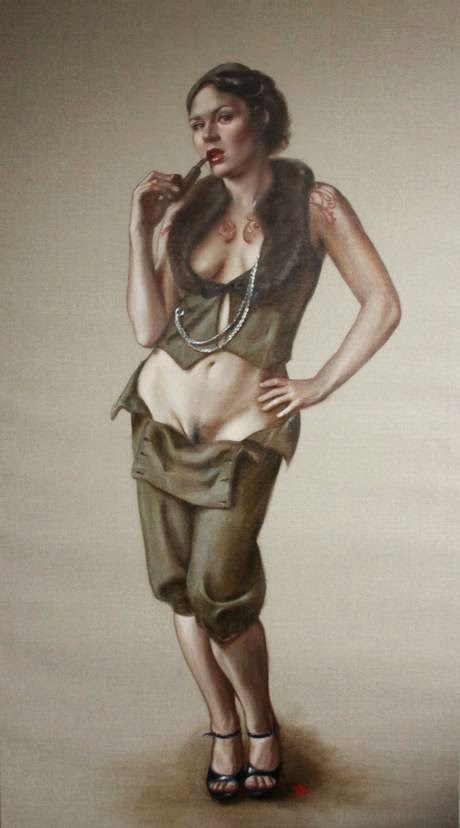 In a weaselly-worded statement, the gallery said:

"As an educational arts charity, the federation has a responsibility to its trustees and to the children and vulnerable adults who use its galleries and learning centre. After a number of complaints regarding the depiction of the subject and taking account of its location en route for children to our learning centre, we requested the painting was removed."

There's no mention of the number of complaints received nor any explanation of why they couldn't move it a less child-focused area of the gallery.

Not that I think they should have done that either. Art galleries are the best place for children to see depictions of the human form, surely? Definitely the most middle-class way to introduce to child to the idea that the human body can be beautiful, anyway. Having your child talk about penises by way of Giambologna's 'Samson Slaying a Philistine' is the sort of thing that makes you fell like you;re doing parenting right.

My daughter and I used to visit The Victoria and Albert museum a lot when she was younger. If you enter the museum from the South Kensington pedestrian tunnel then you come in at the 'Ideal' Sculpture gallery which is basically marble tits and arses as far as the eye can see.

Despite all the nudity (and violence, come to think of it), it never struck me as an unsuitable place to bring a kid. It's like Rizzo and Gonzo say in Muppet Christmas Carol: "Should we be worried about the kids in the audience?" "No, it's all right. This is culture!"

News coverage seems to be suggesting the hairiness of Ms Ruby May's mound that is behind the complaints about the portrait. That the trimmed topiary being sported is naturally more offensive than, say,
the smooth minge shown in Bronzino's Allegory with Venus and Cupid which has managed to remain on display at London's National Gallery for decades without causing any kind of national outrage. 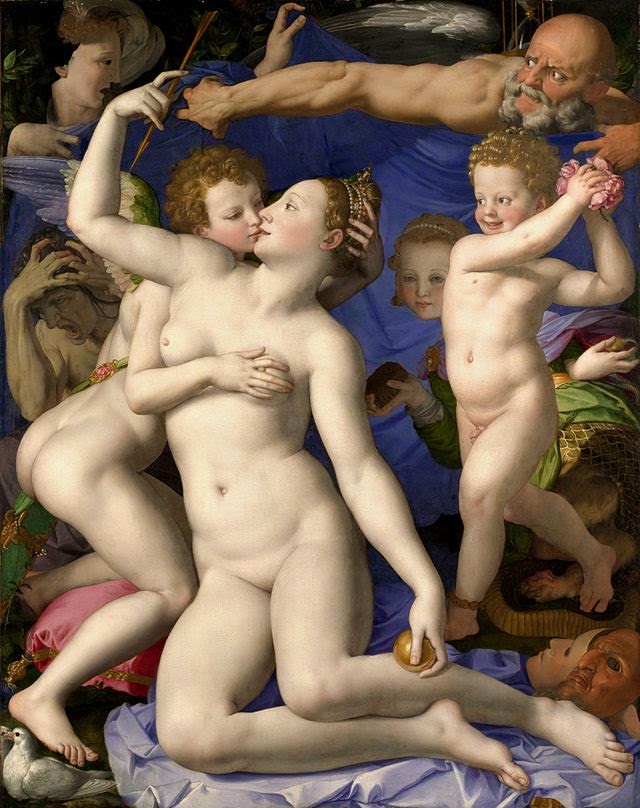 Ruby May's provocative stance might also explain some people's negative take on the picture. Pipe-smoking, tattoo-sporting Ruby stares out of the picture aggressively challenging the viewer to find her sexy. She's a million miles away from demure, reclining nudes like Titian's Danae with Eros. 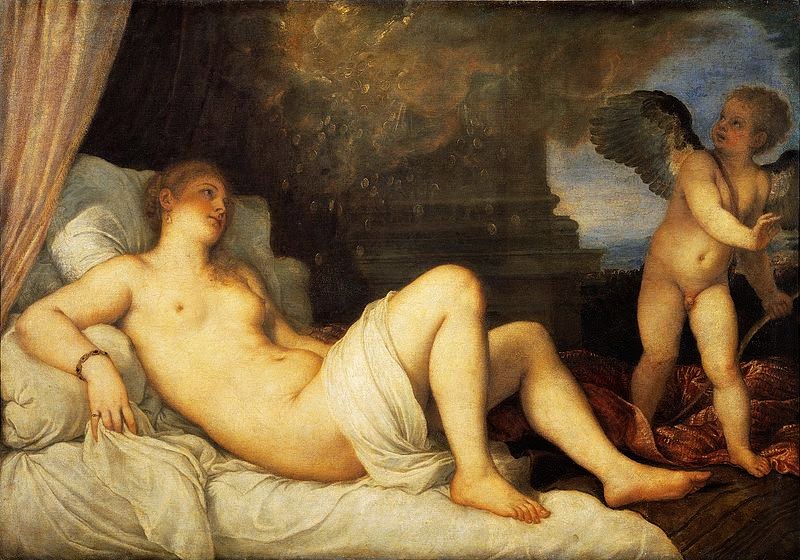 Obviously, I don't think Leena McCalls's picture shouldn't be considered pornography. (That said, I'm not sure how useful it is to tie ourselves up in knots distinguishing erotica from pornography, anyway. Does it matter? But I suspect that's a discussion for a another day.)

I suppose there's an argument for there being a correct time and a place for displaying sexually charged pictures of a semi-clad ladies. Maybe the people who complained were less bothered by the picture itself than by where it was displayed.

Thing is, I can't think of anywhere more suitable than an art gallery to stick a painting of a half-naked woman. Artists have been depicting people in states of undress since before there even were states of dress. It's what they do.


Maybe the biggest shock is that a piece of art made in 2012 actually looks like a recognisable woman at all. There's probably all kind of naked ladies in Nicholas Hlobo or Chen Zhen's abstract work but I'm far too much of a pleb to see it.

This particular instance may just have been a case of a gallery responding over-zealously to a few parents' concerns. McCall started a twitter campaign with the hashtag #eroticcensorship in response to what she understandably sees as censorship of her work.

Hopefully, this is a one-off. Galleries need to remain a place where artists can operate outside the restrictions that hamper mainstream commercial ventures such as film and television which rely on large corporate approval. Long may art galleries remain a place where we can all appreciate the human form in all it's magnificent, awkward, innocent, sexy and terrifying glory.

Email ThisBlogThis!Share to TwitterShare to FacebookShare to Pinterest
Labels: art, censorship, erotica, marble tits and arses as far as the eye can see, nudes