Yay! It's the weekend! The sun in shining, the birds are chirping, the clocks go forward this weekend* - Spring most definitely has sprung.

And, of course, it's time for another Saturday Spankings excerpt.

Following directly on from last week, Violet the scullery maid is about to undergo a spanking from her employer, Lord Hardcastle after being caught in incriminating circumstances in the kitchen. As he doesn't seem at all angry when he tells Violet to go over his lap, she dares to hope that his good mood will result in a less severe punishment. That might be incredibly wishful thinking on her part... 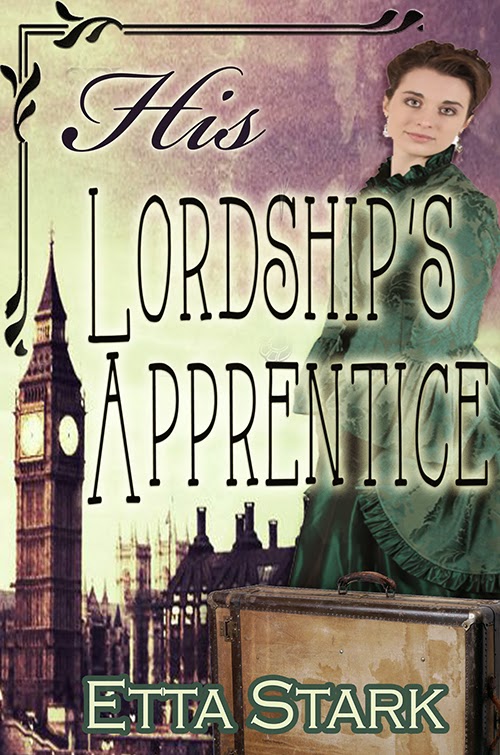 His Lordship might not be angry but he certainly wasn’t going to be gentle on Violet’s poor backside.

Her dress and petticoats gave her bottom some protection but every swat of his Lordship’s hand sent a new wave of pain.

She managed not to kick or scream but she couldn’t prevent the tears streaming down her face or the sobs of pain that she tried to choke back. As she lay across his thighs, she felt his hard hand smack her again and again across every inch of her buttocks.

He did not stop after a couple of swats as Violet had hoped he might. Rather he spanked her again and again until her beleaguered bottom felt as though it were on fire.


Hope you enjoyed it. If you haven't bought His Lordship's Apprentice yet, please do! It's available from Amazon.com, Amazon.co.uk, Barnes & Noble and Blushing Books.

If you have bought it, please let me know and tell me what you thought.

Remember to check out all the other great spanking excerpts on the Saturday Spankings blog list.


*If you're in the UK, that is. If you're American, you did it a couple of weeks ago. As anyone who works in an international environment will know, this lag is a total pain in the arse but there's no one way to reconcile it short of the USA changing its date to that of the UK's (unlikely) or us changing ours to second Sunday of March which would be weird and unnatural and wrong**. What kind of madness would follow? Moving to Mother's Day*** to May, maybe?

** I don't really think this. If I ruled the world (and I think I should), I'd abolish daylight-saving time altogether.